The PRINCE2 Project Board is responsible for ensuring that project assurance is provided in some way within their project.

These three aspects of assurance combine within a PRINCE2 project in the phrase project assurance.

The best and clearest way to understand exactly how to apply project assurance, is to consider it as an audit function.  As such project assurance is a vital part of PRINCE2, but unfortunately is often misunderstood both in its purpose and its application to an individual PRINCE2 project.

Many organisations seem to think that it is not worth bothering with ‘project audit’, and also senior management may confuse it with financial audit often done with a ‘portrait police’ mentality.

The PRINCE2 Manual says quite clearly that Project Assurance must be kept separate from the Project Manager and their team.  This is great advice as it would cause a conflict of interest.

Imagine asking an architect to design a new building, and then asking them to quality review it to ensure it is the best design possible.  The right approach would be to find an independent architect to carry out such a review or audit.  The same is true with project assurance.

Projects support is a role that supports the project manager, and as such cannot also provide project assurance, not only because they would be assuring their own support work, but also that they are being asked to assure the project manager (their ‘boss’).

Another point worth making is not to use project managers to carry out project assurance on other Project manager’s projects, as this may lead to competitiveness.

It is worth mentioning here, but it is not only the project’s specialist products that should be assured, but also the project, its management products, and the individuals involved with providing management to the project.

An example of this would include the use and application of the project plan document within the project.

Just because project board members may choose to delegate their assurance responsibilities, they must understand that they are still responsible for ensuring that the project is being run correctly.

Put another way, project assurance individuals carry out their work on behalf of the project board role but they are not ultimately responsible for the provision of such assurance.

If a project board member delegates their project assurance responsibility, may must ensure that good communication occurs between them, and that any actions required are carried out by the board member themselves.

Also, if project assurance is delegated, that those individuals are not themselves board members, and would not be expected to technical lead attend project board meetings.

All Courses for just $15/month with a simple annual payment

You will remember that I stated project assurance should be carried out in the spirit of cooperation, and not individuals who are just searching to criticize small unimportant problems.

I am sure that you will have some experience of being in a meeting with a particular individual tries to hijack the meeting down their particular ‘rat-hole’ while over-emphasizing its importance.

An example here might be an individual carrying out an audit on the project document and raising several issues about its grammatical correctness even though it reads well and would be clearly understood.

This builds on the above key, but adds some extra criteria.

It comes back to the PRINCE2 mind-set, and choosing the right people who can be accepted at providing project assurance:

Auditing projects is different to auditing business functions.  Those chosen must understand projects and how they function to deliver their end product and business benefits.  They must have an empathy with how projects should be structured and managed.

They must understand that PRINCE2 is a flexible and adaptable method that is intended to be tailored according to a project’s size, complexity, importance and risk.  If those performing project assurance believe that PRINCE2 should be applied ‘by the book’ or ‘by the numbers’ then they are highly likely to load the project with unnecessary bureaucracy.

Project assurance should have individuals who have an instinct for the common problems and risk areas within a project and be able to detect root cause problems from the symptoms.

So let me get you in the right mind-set – project assurance should be carried out in the spirit of cooperation, and since this is the responsibility of the project board members to ensure that it is carried out, this is a key message for those senior managers at project board level.

So what exactly should project assurance audit?

The correct time to define and agree this is at planning time – both at project and stage levels.

During the Initiation stage as part of creating the project initiation documentation (PID) due consideration should be made to such audit areas.

The four strategy documents (risk, configuration management, quality, and communication) should include aspects of project audit.

The Project Plan will include project assurance activities and resources.

Remind yourself that project assurance consumes time and resources, plus the very act of assuring/auditing may cause (quite rightly) a delay before the next activities in the plan can be implemented.

Also consider all these aspects when creating the next Stage Plan for the same reasons.

Like all things, the correct balance should be found while providing the right level of Project Assurance.

I have mentioned several times already had project assurance should be carried out in the spirit of cooperation.  To emphasize this still further, I want you to imagine that you are having your document reviewed by a knowledgeable, experienced friend and colleague.  Suppose that they found some inaccuracies and pointed these out to you.  You would feel thankful and relieved that the inaccuracies had been picked up early and not found later.

That is exactly the right spirit that project assurance needs to foster and implement on your project.

Project assurance needs to be done thoroughly and not just skimmed through ‘ticking lists’.

An important responsibility of project assurance is to ensure the right people are involved in carrying out quality checking for example. Just like I mentioned at the beginning of this article, those involved in quality checking should also be chosen for their knowledge, skills and experience.

As an individual filling one of the project roles, I would need to think of the following factors before considering accepting the role:

Exactly the same is true for deciding whether or not to perform my own project assurance.

As an example, if I were the senior user and deciding whether or not user assurance, it may conclude that I have a great deal of knowledge and experience of the user environment, but perhaps more technical knowledge in the form of assurance is best delegated to one or more other individuals.

When tailoring PRINCE2 two a particular project, you should always include how it should be tailored in terms of the provision of project assurance. 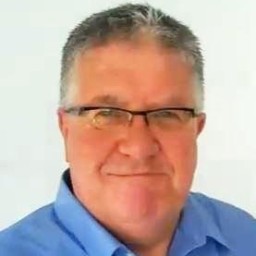 The Basics of Blending AGILE and PRINCE2

We noticed you're visiting from Spain. We've updated our prices to Euro for your shopping convenience. Use United States (US) dollar instead. Dismiss